What’s the story with interest rates?

There’s always talk about if and when the Federal Reserve plans to raise interest rates. They increased rates for the first time in a decade in December 2015. This past June, the central bank again raised the benchmark rate for a target rate of 1.00 percent to 1.25 percent. Analysts suspect they will push one more increase later this year, further pulling back on a stimulus policy implemented after the 2008 crisis. In short, the Federal Reserve Bank wants to test the economy’s ability to grow on its own.

Why would they do this, and what does it mean?

In the U.S., the federal funds rate is the interest rate by which banks lend reserve balances to other banks overnight. At the end of each business day, banks have a extra money that they haven’t lent out to its loan customers.

Historically, when the federal reserve rate (fed funds rate) goes up, banks raise the amount of interest they pay you on your checking accounts, savings account, and certificates of deposit. An increase in the fed funds rate also means an increase in interest rates banks assign to loans. The difference between what banks pay customers for deposits and what customers pay banks for loans is known as the “net interest margin.” Banks use net interest margin as a measure of profit.

Okay, now that we’ve covered the most exciting parts of banking, let’s look at Chairwoman Yellen, who has signaled an increase in the fed funds rate at least one more time this year. January saw an increase in inflation to 2.5 percent, a five-year high. This means consumers are paying more each month for goods and services—put differently, prices are rising. Several analysts, cited by the Wall Street Journal and Bloomberg, claim the rise in prices comes from an increase in gas prices. In fact, so many Americans buy gas on a regular basis that when gas prices increase, it can have an effect on overall inflation.

Inflation, monitored and managed, indicates a growing economy. Inflation out of control, like in post-World War I Germany, collapses economies (and starts wars). Chairwoman Yellen hopes to slow inflation, and the most efficient way for her to do this is by raising the federal funds rate. Banks, in turn, will charge commercial and consumer customers approximately 100 basis points more to lend money, depending on creditworthiness. Because of this increase, consumers have less money to spend, and the market adjusts prices accordingly to coincide with consumers’ purchasing capacity.

Yes, we know that’s a long, tedious explanation, but with all this talk about the Fed and interest rates, we thought we’d talk a little bit about what we know and do day-in and day-out.

The ultimate question our customers want to know is this: Will we raise rates on our depository products if Ms. Yellen and the Federal Reserve raises its benchmark interest rate? You’ll have to stay tuned to find out! 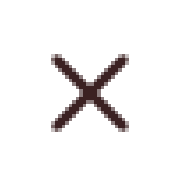